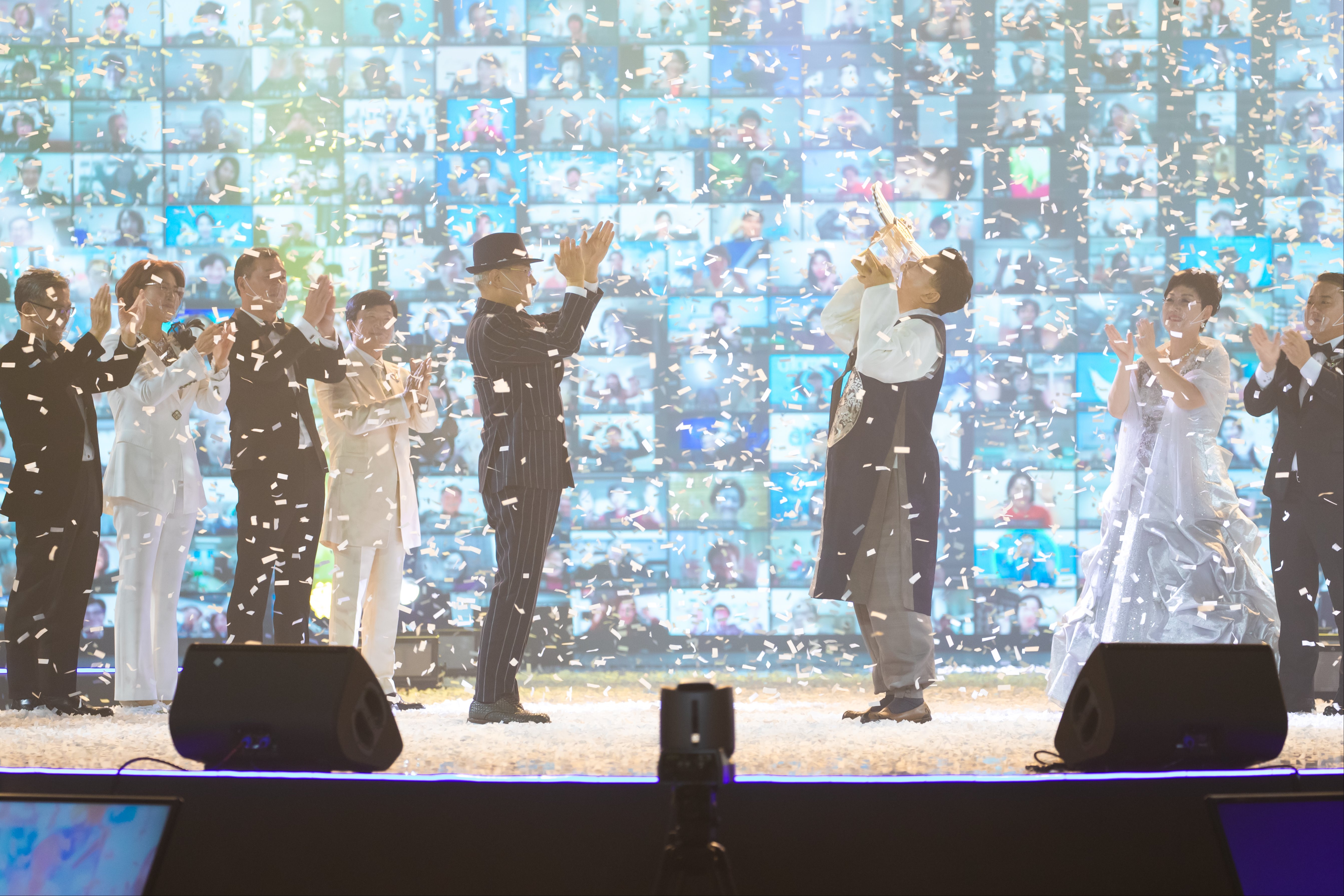 The adversity and hope message of Park Yong-ok IM impressed with the musicals of the birth of the Imperial Master and two Crown Masters in the pandemic was held in November at the Atomyorot Vision Hall on the 20th. This event, which held the 7th Imperial Master Promotion Ceremony, was attended by members from global corporations including Mexico, Colombia, Japan, Cambodia, Indonesia, Russia, India, and Thailand through Zoom and YouTube. Simultaneous interpretation was provided in nine languages, including English, Chinese, Hindi, and Russian, and sign language services were provided for the hearing impaired. The opening performance was aroused by Yuri-nim Kim, a Korean traditional music player who is active as an Atomy operator, singing Hope Song, Arirang Song, and Poongnyeon Song.  During the Global Atomy INSIGHT Time, Executive Vice President Lee Hyun-woo said that this year's global sales are expected to grow by about 35% excluding China, about 780 billion won (including China), and this year's global sales will be 1.8 trillion won. Sales by major corporations were also announced. The U.S. is forecasting 40% growth compared to last year, and the largest sales since the opening of the U.S. subsidiary at about 90 billion won this year, $7.8 million. The Canadian subsidiary recorded 11 billion won last year and expected 18 billion won this year, and the Japanese subsidiary reached 32 billion won this year, a 50% increase from 21 billion last year. The Mexican subsidiary is expected to record sales of 8.8 billion won by nearly doubling over the years. 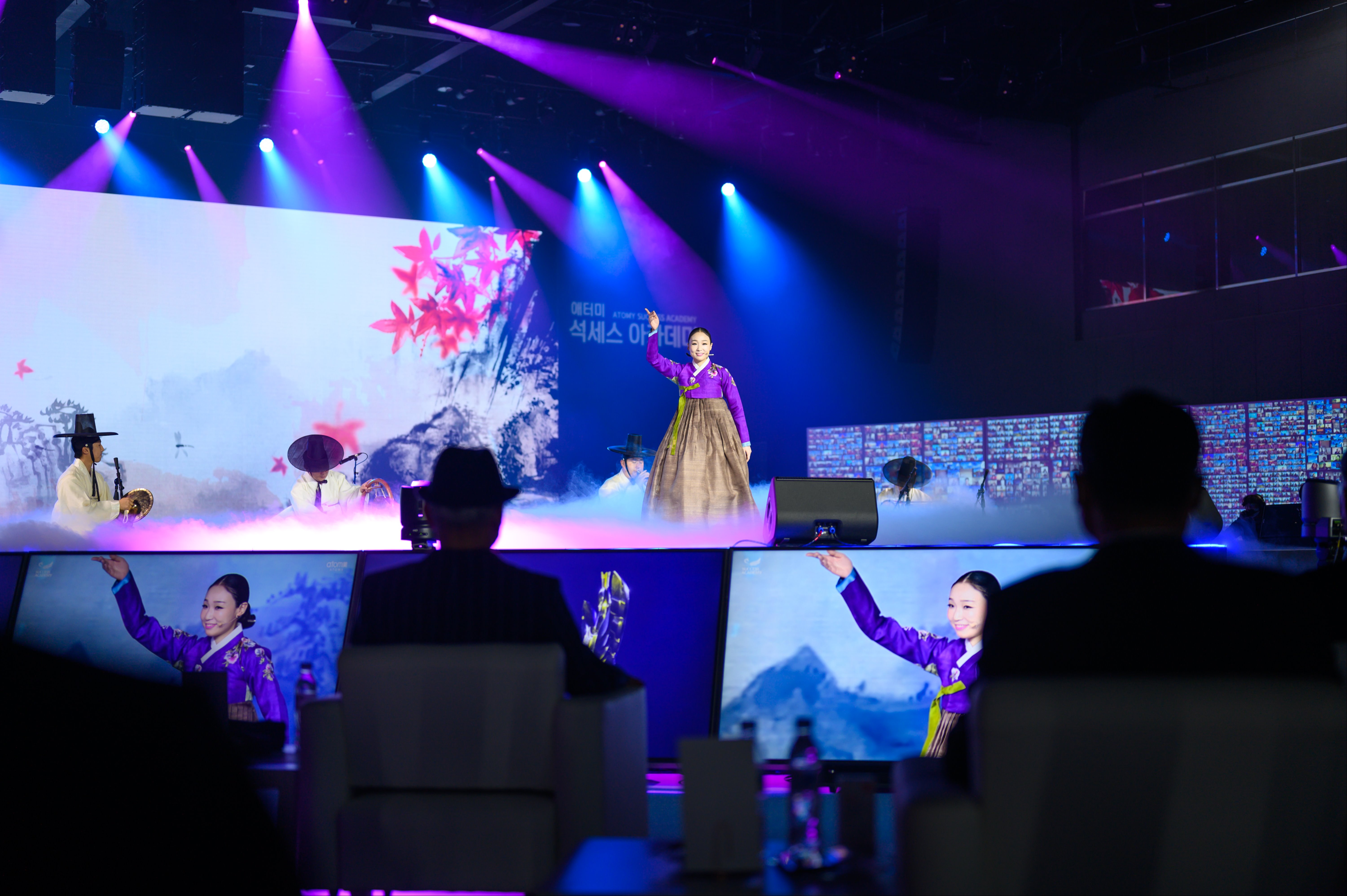 The Australian subsidiary expected to exceed 11.5 billion won in annual sales in three years, and the Indonesian subsidiary, which launched Hemohim this year, increased 70% from last year, which recorded 16 billion won, raising more expectations in the future.
The Russian subsidiary recorded 100 million won in the first year of its opening in 2018, but this year it is expected to reach 38 billion won.
Lastly, with the global integrated membership registration, which was opened on the Atomy.com site from September, it said that consumer members from 47 countries are currently signing up, and the number of members has exceeded 100,000. 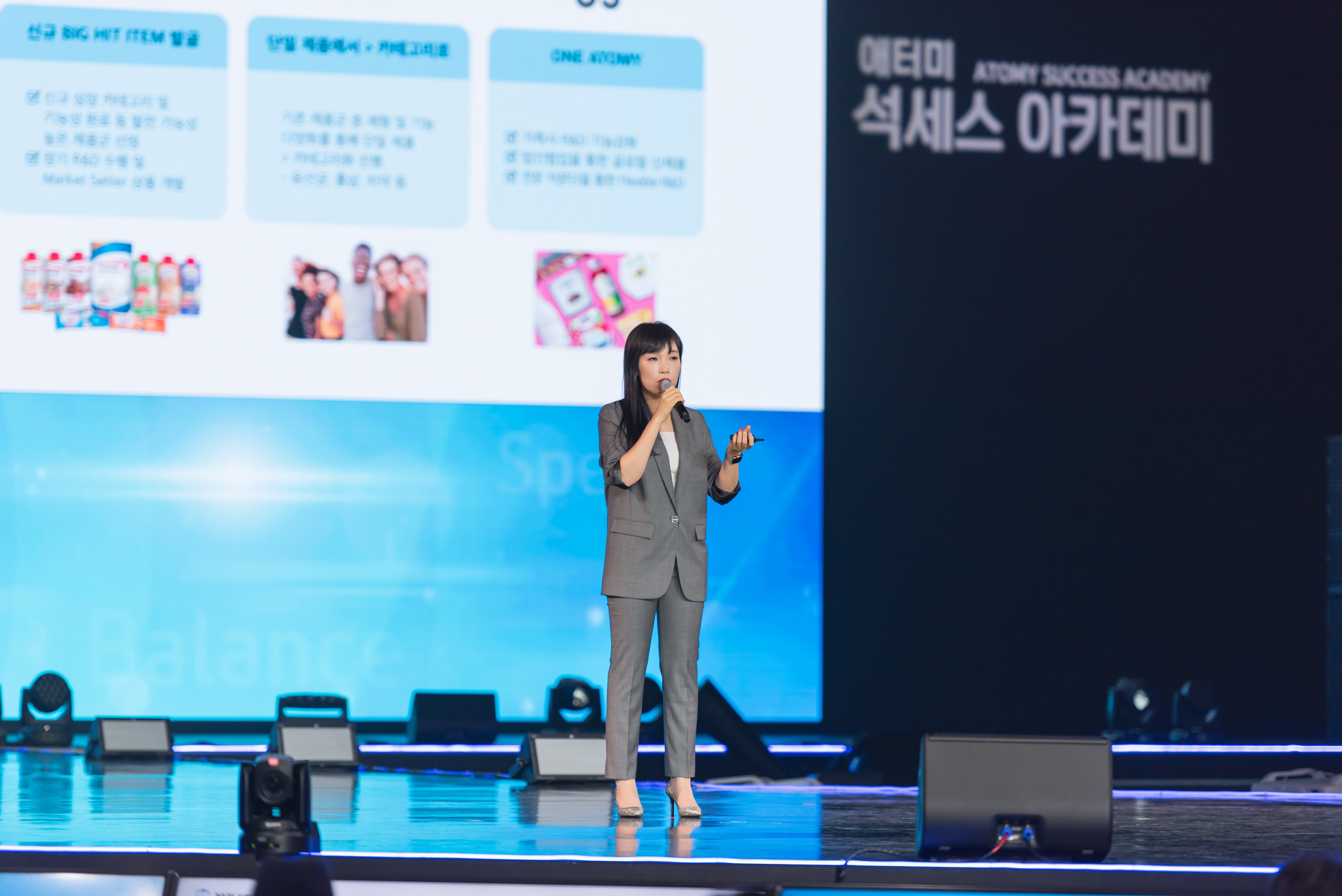 In the new product introduction session, the product planning team's director Eun-young Lee explained in detail the product master plan that will be promoted in 2021 under the theme of '2021 ATOMY MASSTIGE'.
Accelerated from convenience to premium due to the impact of the Corona 19 Economy/HMR, RTC, strong self-care/convenience+untact/zipcock, interior craze/personal care product sales growth/key issues in Atomy product planning according to safety trends.
It announced about 30% of new products and renewals in 2021, expansion of health-oriented foods, establishment of growth targets from single items to categories, and plans to launch products targeting the young market.
The first part of the sequence was completed with a lecture on balanced life and life scenarios by Chairman Han-Gil Park, the essence of Success Academy and an essential course.
During the Life Scenario Challenge, which opened the second part, the members were able to meet vivid dreams through presentation videos taken by themselves. 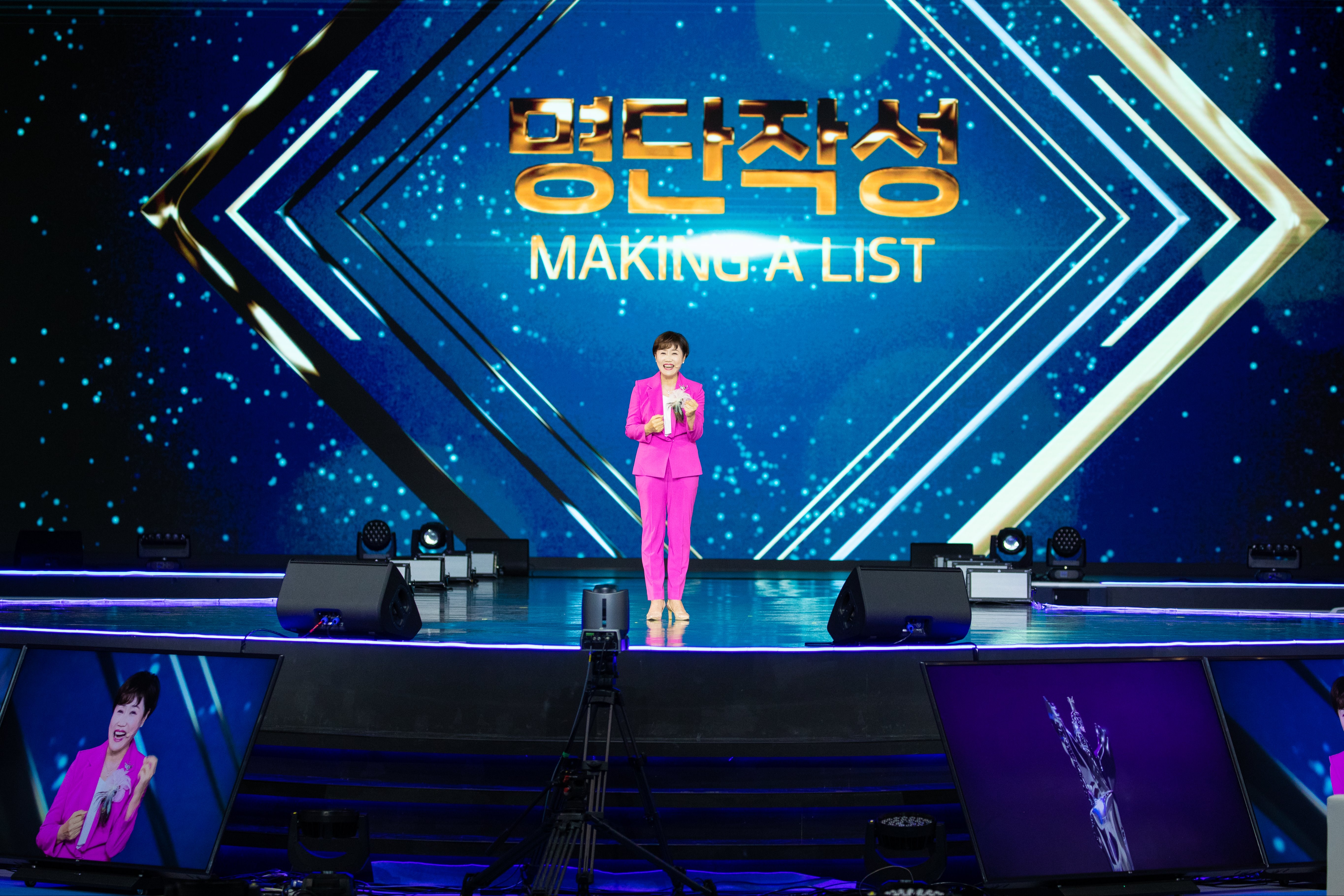 In the auto sales company's time, Seunghee Lee, Crown Master, presented specific missions to be executed at each stage based on the eight stages of success.
"Atomy's philosophy, the sincerity of benefiting others through good products, can be made into a Namdo auto sales company," he said. "I will duplicate them to make the experiences of already successful sponsors my assets." .
During the preliminary video session, many members were already looking forward to the witty talks between President Han-Gil Park and the Imperial Masters who gathered to celebrate the New Imperial Master while eating Atomy Gomtang.
Part 3, November The Masters Promotion Ceremony has come to an end.
The promotion ceremony, which was born from Salesmaster to Crown Master, includes Korea, including Salesmaster 2,330, Diamond Master 588, Sharon Rose Master 150, Star Master 23, Royal Master 7, Crown Master 2, Imperial Master 1 A total of 3,101 people were honored.
Diamond Master Lee Gil-ja & Jeong Jae-gwan said in his promotion testimony, “I was born as a descendant of a poor family and lived without any experience in the countryside and achieved success, but after failing in the distribution business that started late, I got sick and could not recover in my 60s, and I lived with poverty as my destiny. “He recalled the difficult past.
“But after meeting the Atomy sponsor and hearing the words of dreams, wealth, and success, my heart beat again, and I was able to stand here.” He expressed his ambition to become an imperial master and play the saxophone on the promotion stage.
Yun Chan-young & Bang Eun-ji, Starmasters cried out while telling the story of their hardship in the early days of the business.
“Currently, I am happy to be a daughter who moves from a studio to a 25-pyeong apartment and gives my parents pocket money often.” “Even in Corona 19, I would like to meet Atomy, an online business that can do business without time and space constraints. It would be nice.”

With membership number 25, the impressions of promotion from Crown Masters Kang Young-hee and Park Young-gwan, who said that it has been 10 years since playing Atomy, also impressed many people.
“It was very difficult to run a business while struggling with cancer as a patient, and it took a long time to become a Crown Master. I am proud of myself.”
Watching the couple overcome adversity with towering seonggongja members ' had proven that successful if you do not give up. ' , ' Throughout listening, emotions and courage are conveyed. 'In real time, messages of support and congratulations were poured out. 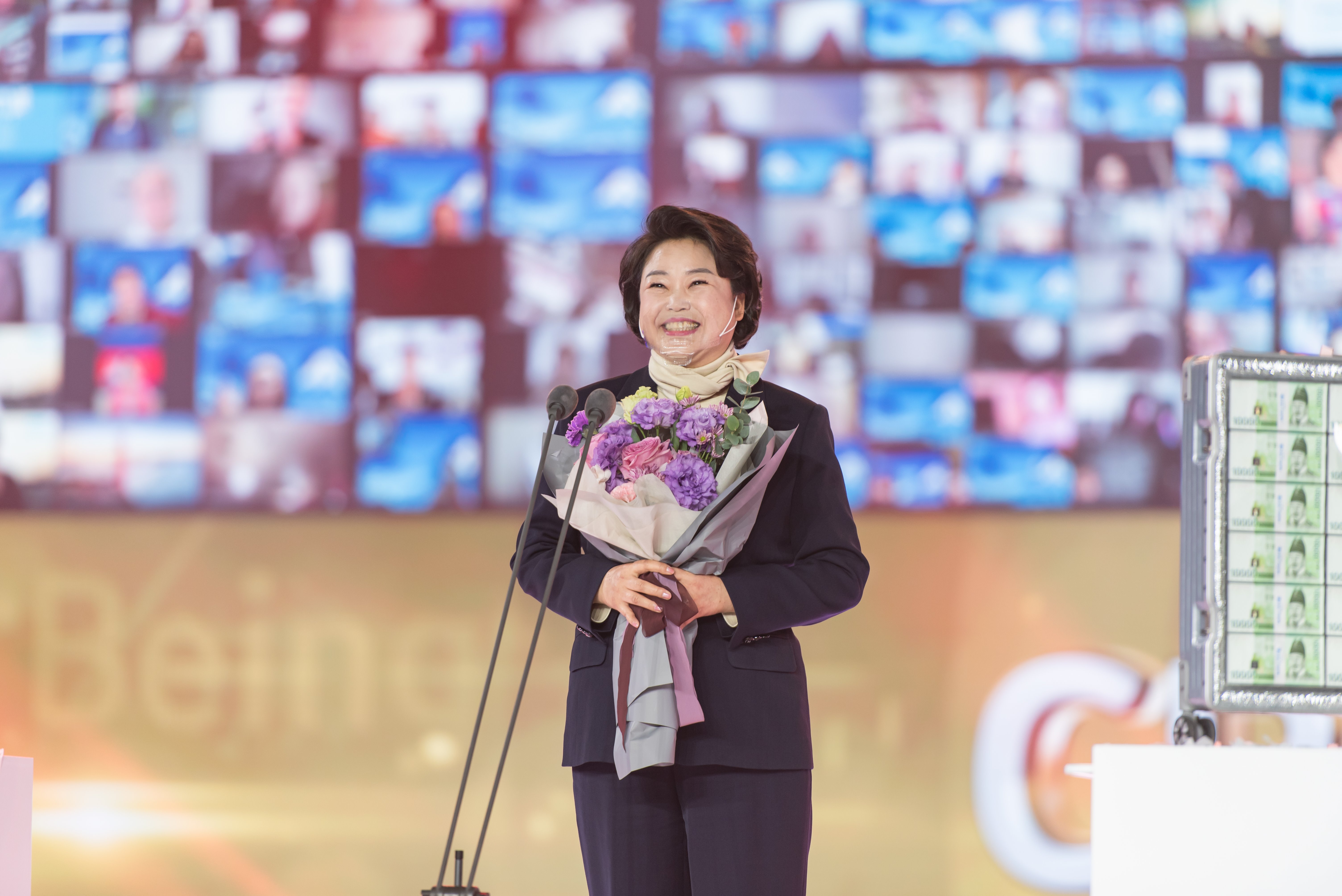 Crownmaster Yang Han-suk, who was on the stage of promotion, said, "There is a regret that I couldn't be with my children when I was young, but as a sacrifice, I think I've come back with a life without worrying about money and a tremendous price to do what the children want to do." He declared that he would challenge the Imperial Master.
The song'Over the Rainbow' resonated in the Vision Hall. 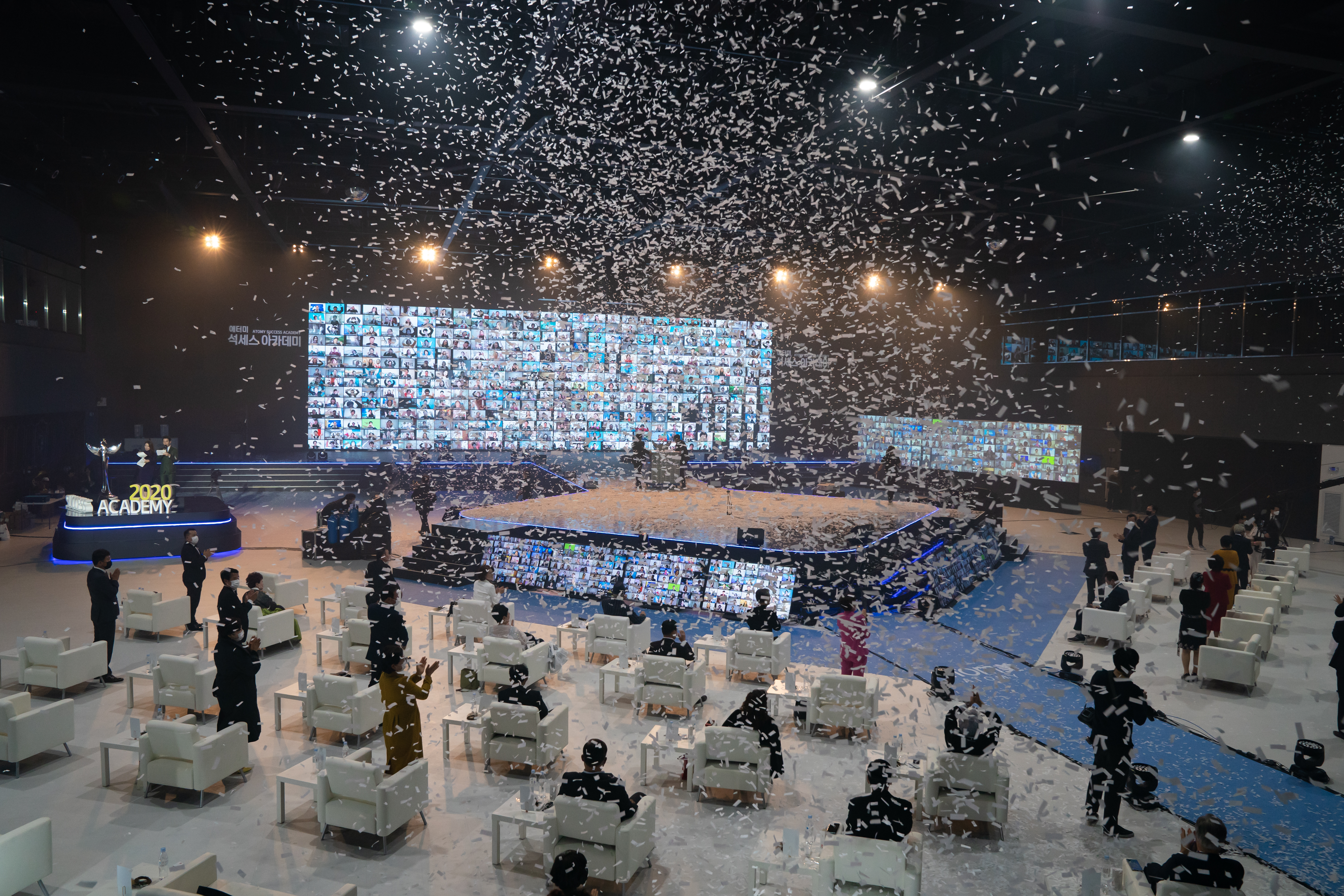 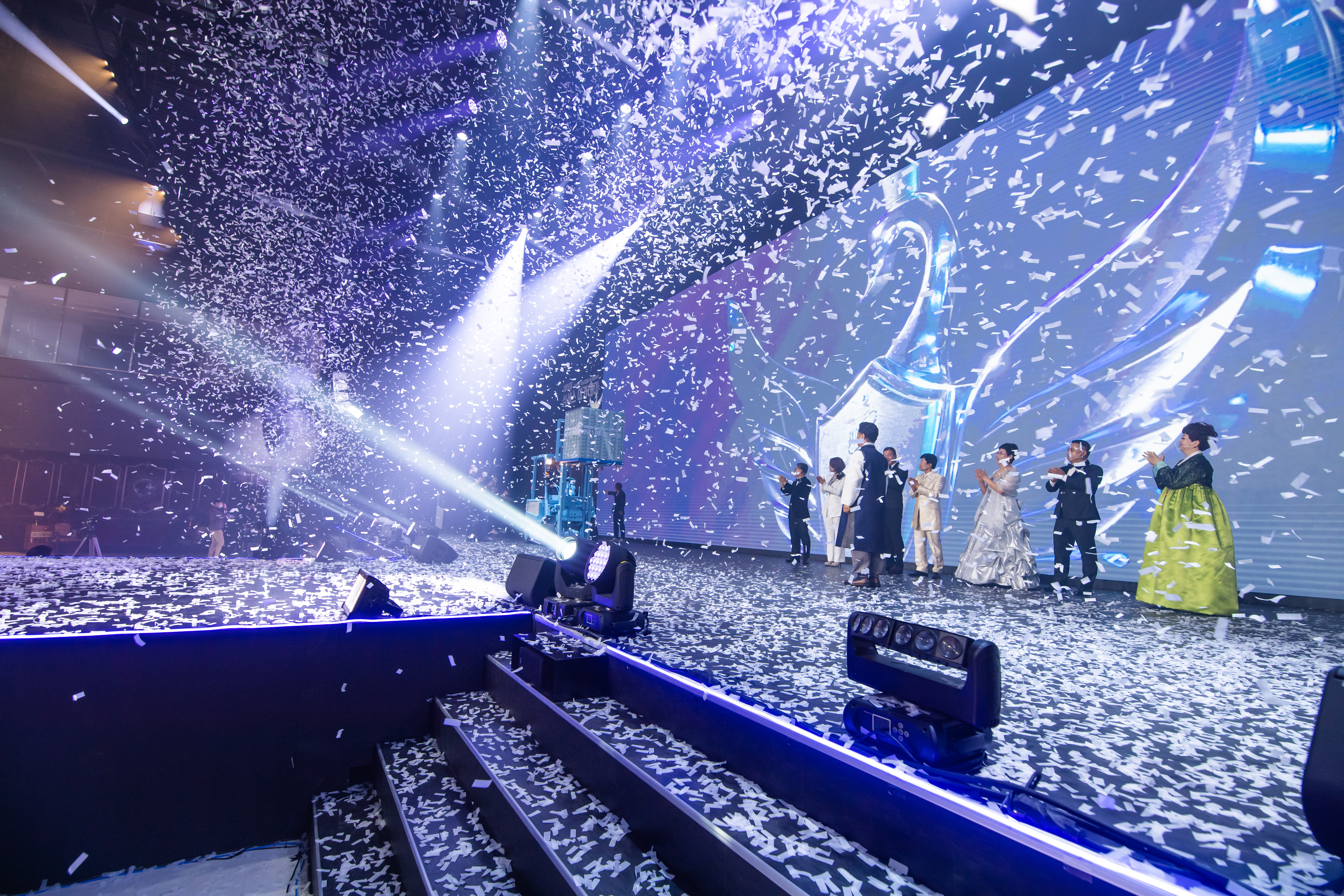 Today's protagonist, Park Yong-ok, the story of the hard times and passion of the New Imperial Master was shown to the members through a musical.
On the stage where white pollen fluttered like snow, Park Yong-ok IM waved his hand and walked out.
Chairman Han-Gil Park moved a sky blue forklift loaded with prize money and lifted the 7th protagonist with 1 billion won promised 10 years ago.
In the real-time comment window,'I'll show my life as a musical at the Imperial Promotion Ceremony someday''I'm impressed''I was impressed by the passion of the chairman and leaders. 'I will work harder' followed by a determined comment.
In his promotion testimony, Park Yong-ok IM shed tears as he recalled the times when he struggled with the former Imperial Masters in his early days when he had no money.
“Like the song of BTS, Atomy is spreading like a fashion abroad these days, and now is the opportunity to advance into the global market rapidly,” he said. “I hope you also open the sky path with a burning passion like a furnace.” Encouraged the entrepreneurs. 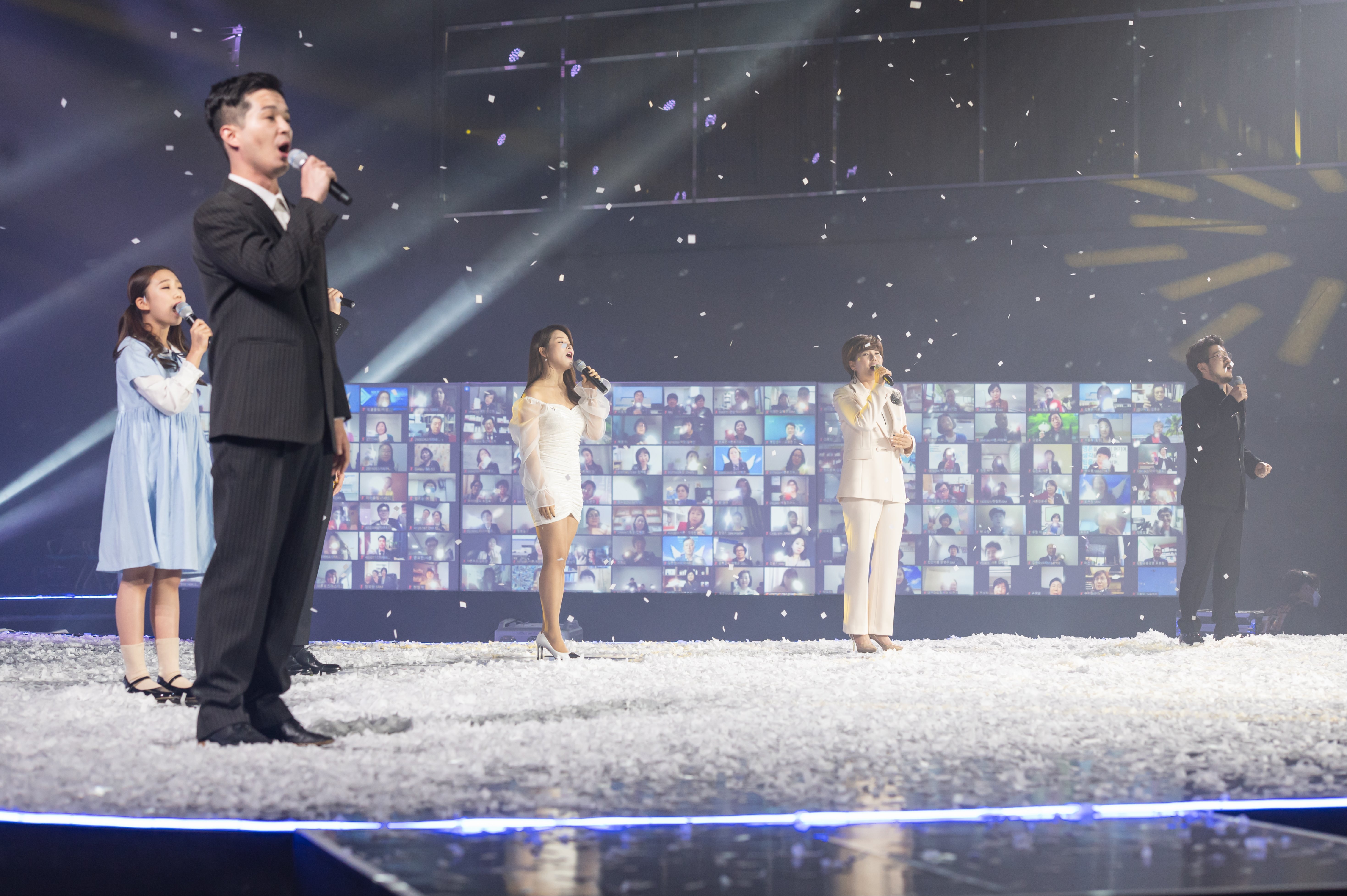 The chorus of'Dream of the Goose' sung together by Atomy leaders gave a moving stage.
At the ATOMY VISION time, President Han-Gil Park sent respect and praise to IM Park Yong-ok, who has been transformed into a completely different person after accepting the Gospel, and has remained unchanged for 10 years, and asked members to keep the emotions of the day and devote themselves to the business.
If you liken suffering to salt and say, “If you dissolve a handful of salt in a small basin, the water is salty, but you dissolve salt in the lake and the water is not salty.” If you have great hope in your heart, today's suffering is only a handful of salt. The lecture ended with a wonderful word.
The 7th Imperial Master, born one year after the 5th and 6th Imperial Master promotion ceremony in July last year, was enough to convey courage and vision to global Atomy members in a pandemic situation.
It can be said that it is a proof that Atomy's strength, which has been steadily strengthening its strength for 10 years, has a greater vision by riding the direct seller On-Tact.