Atomy has now broken into the ranks of the global top ten direct selling companies.
The company has announced that with sales of $1.83 billion, it secured 10th place in the “Global 100 List” published by Direct Selling News (DSN), an American publication specializing in direct selling. This is a first for a Korean network marketing company.
Atomy recorded sales of KRW 1.4396 trillion in 2021, based on audited results, which represents solid year-on-year growth of 7.6%. The company has posted positive growth figures every single year since it was founded in 2009. Atomy’s core products include the health functional food “Atomy HemoHim” and the cosmetics line “Absolute Selective Skin Care.” Last year, Atomy HemoHim recorded sales of nearly KRW 400 billion in Korea and its global markets, including the USA, Canada, Australia, Malaysia, and Indonesia. In addition, its “Absolute Selective Skin Care” line is rapidly becoming a global hit, with annual sales of more than KRW 100 billion.
As an Atomy official explained, “Atomy’s consumer-oriented direct selling model is now recognized by consumers all over the world,” and added, “we will maintain this growth by continuing to target overseas markets.” 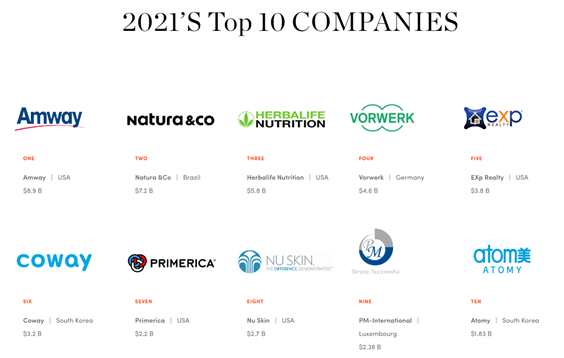