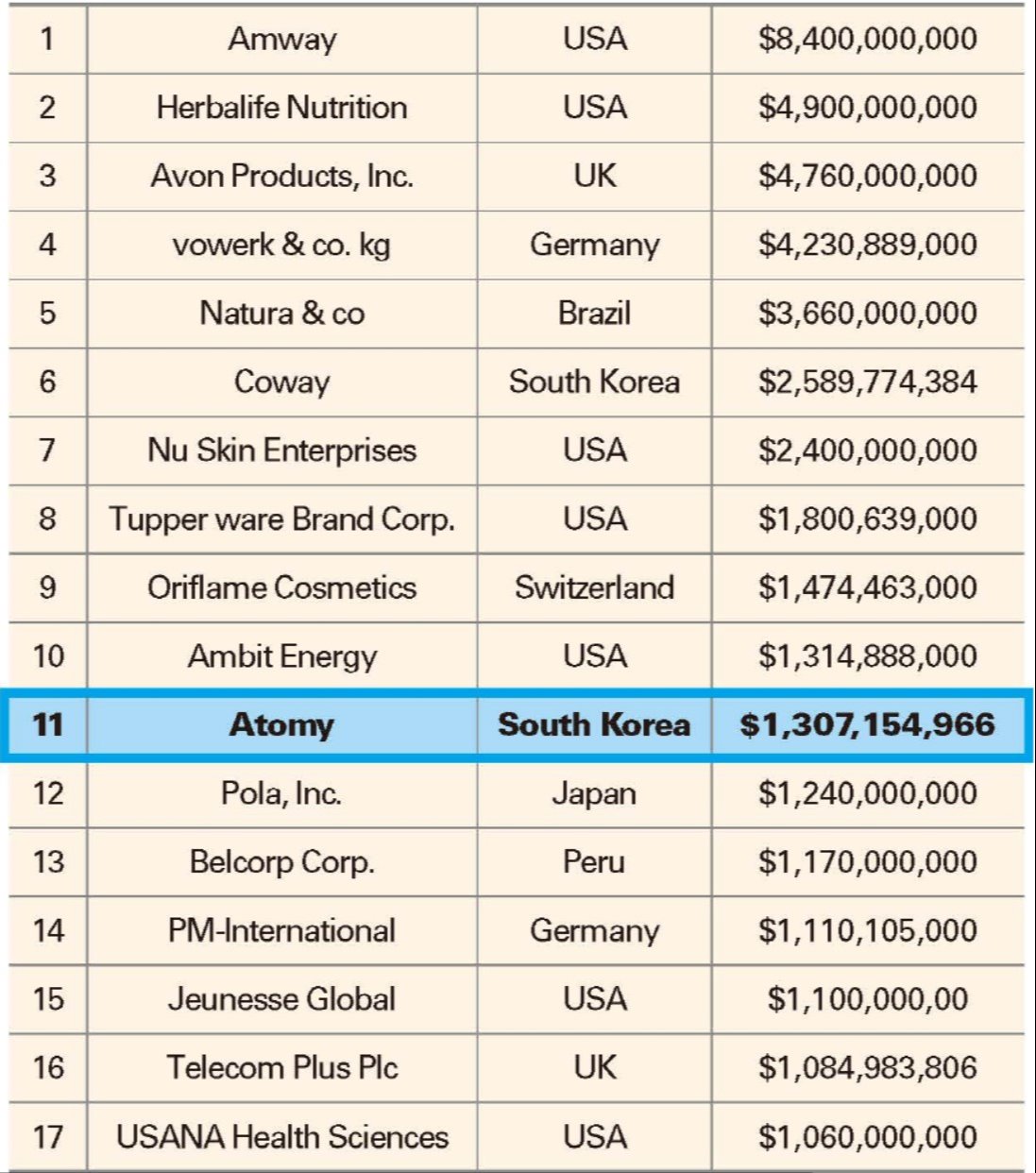 Jumping up 9 spots this year
The DSN Global 100 list, which compiles sales figures submitted by global direct selling companies, has been published annually since 2009. Along with the statistics of different countries released by the World Federation of Direct Selling Associations (WFDSA), this publicly released ranking of the sales data of direct selling companies is a valuable resource that shows current trends in the industry at a glance. Direct Selling News states that the DSN Global 100 “can help with the growth and development of direct selling companies,” and that this list “provides a unique perspective on the global impact of the direct selling industry on the economy and society.” Atomy proved its global status by appearing on the DSN Global 100 for the first time in the 2019 issue in 20th place. And currently, Atomy is drawing the attention of the global direct selling industry by jumping up nine spots to rank 11th in the 2020’s list. It also ranked 9th on the list of the Top 10 Highest Growth Percent with a 13.9% growth rate in 2019.
However, it narrowed in on the range by recording the second-highest growth rate among companies with sales over $1 billion. It also ranked third in increased sales of $160 million. Atomy recorded domestic sales of 1.08 trillion KRW (which increased by 11.3%) and foreign sales of 389.4 billion (which increased by 44.6%), totaling 1.4694 trillion KRW last year. The fact that Atomy plans to officially launch in four overseas markets this year, including China, India, Colombia, and Turkey, is very encouraging. In the case of China, membership registration began in April, and more than 3 million members have already joined in just two months. Given this trend, Atomy’s foreign sales can be expected to grow by more than 100% this year compared to 2019. This may be a hasty prediction, but it is the reason why we hope Atomy will be among the “Top 10” companies on the “DSN Global 100” list by the year 2021. 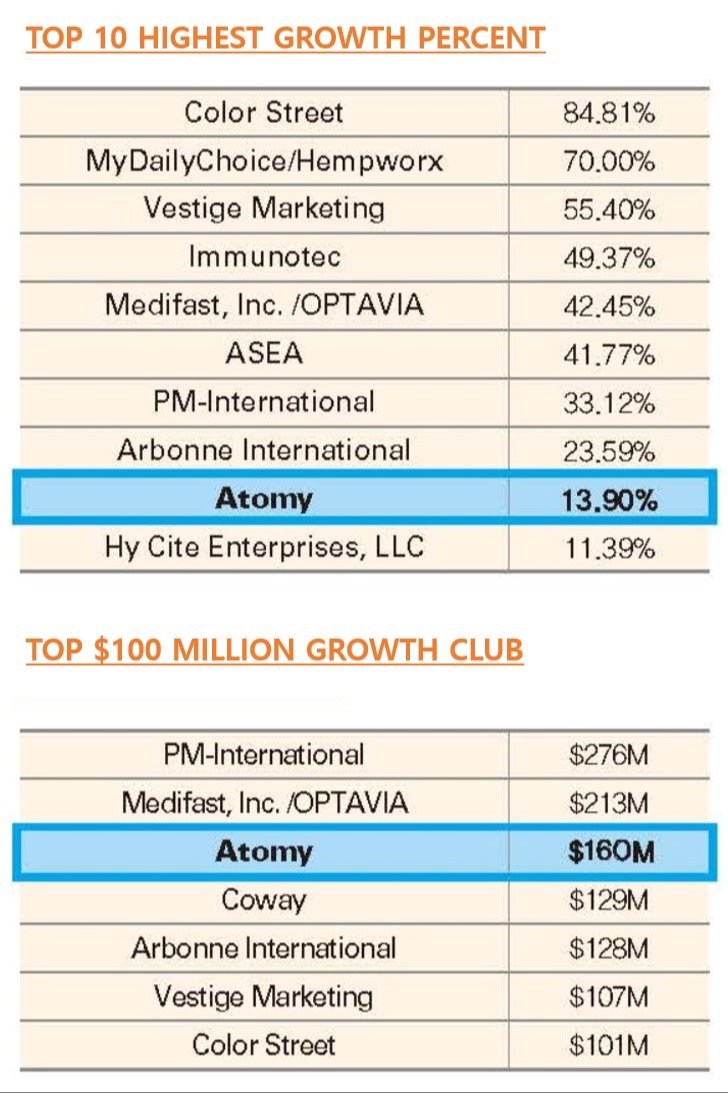