ARTICLE Atomy partners with Compassion Korea to sponsor 10,000 children around the world

Atomy sponsors 10,000 children. A key highlight of the Success Academy held on the 18th at Atomy Orot in Gongju-si, was a signing ceremony between Atomy and Compassion Korea, to formalize their commitment to the long-term sponsorship of 10,000 children overseas. The ceremony was attended by representatives from both organizations, including Atomy Chairman Han-gill Park and Compassion Korea CEO Justin Jung-in Suh, as well as children’s representative Selamawit Mehari.

In addition to the USD 10 million (approximately KRW 12 billion) donated last year as emergency relief for children struggling during the COVID-19 pandemic and natural disasters, this charitable act goes above and beyond a crisis response program, instead targeting long-term growth and development for children, amounting to about KRW 6 billion annually. 10,000 children from the Compassion child development center will benefit from healthcare and education through to college graduation.

As Compassion Korea CEO Justin Jung-in Suh explained, "At Compassion, our greatest joy is to see children who gave up on their dreams due to poverty, but later grow into well-adjusted, functioning adults in society. On behalf of these children, I would like to thank the Atomy members who made this miracle happen.”

Children’s representative Selamawit is a perfect example, sponsored by Compassion Ethiopia since the age of 5, then graduating from Hawassa University, and currently pursuing a Master’s degree at the Seoul National University’s Graduate School of Public Administration. “I know that Compassion sponsors sometimes wonder whether or not they should continue sponsorship every month. However, once they decide on sponsorship, despite facing difficulties, both the sponsors and the sponsored become true champions that overcome poverty,” she said.

Chairman Han-gill Park began one-on-one sponsorship of 1,000 children from Compassion starting in August 2021. He is also encouraging Atomy members to actively participate in the sponsorship program. As he told us, "just thinking about children who are like my grandchildren, but who go to bed hungry, made me want to help in any way possible. It’s not receiving, but rather giving that produces a deep sense of satisfaction, it’s something money cannot buy. I hope many Atomy members will join in this sponsorship with Compassion." 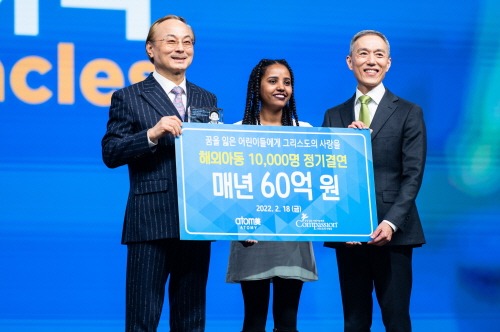 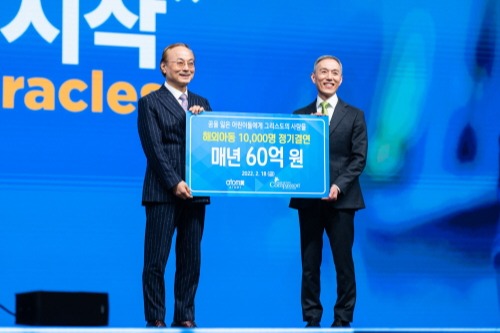 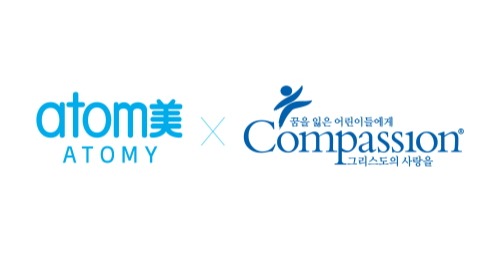