Global Atomy’s half-year sales broke through the KRW 1 trillion barrier. If this trend continues, this year will almost certainly usher in the era of KRW 2 trillion in sales. In July, Atomy Global Business HQ Executive Director Hyun-woo Lee stated, “Several overseas branches have grown by more than 50%.”
“It appears that growth will continue into the second half of the year. At this rate, I expect sales to reach more than KRW 2 trillion this year,” he added. 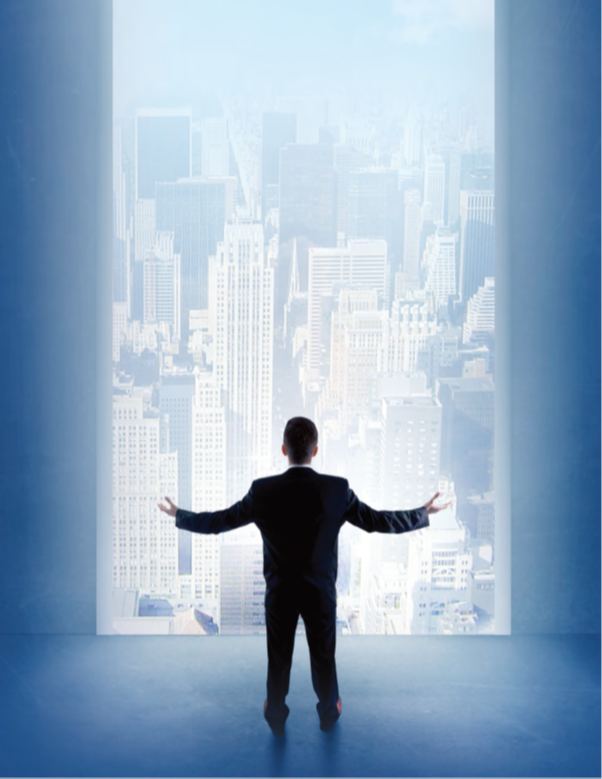 Atomy Indonesia and Atomy Russia sales grow by 2.5 times
Global Atomy sales grew by 32% in the first half of this year compared to 2020. It is eagerly anticipated whether overseas sales will exceed Korean sales. Based on the first half of the year alone, overseas sales have surpassed domestic sales by about KRW 100 billion. Additionally, Atomy Malaysia and Atomy USA both joined the ranks of branches that recorded sales of over KRW 100 billion, projecting to increase the number of such branches to a total of 4. In the first half of the year, Atomy China surpassed KRW 200 billion in sales, while sales of Atomy Taiwan reached almost KRW 100 billion, raising expectations that it would also reach KRW 200 billion. Atomy Malaysia and Atomy USA reached the halfway mark of KRW 100 billion, while Atomy Russia kicked off the second half of the year with strong growth. The branches with the highest rate of sales growth were Atomy Russia and Atomy Indonesia. Atomy Russia grew an impressive 178% (2.78 times) in the first half of the year compared to last year, while Atomy Indonesia delivered a surprising performance with an increase of 170% (2.7 times). The branch that recorded the third highest growth was Atomy Malaysia with 83%, Atomy Canada and Atomy Mexico following behind with growth of 62% and 58%, respectively. Growth in Atomy Canada and Atomy Mexico is particularly noteworthy. In celebration of its 10th anniversary this year, Atomy Canada recently moved offices in preparation for the next ten years. Atomy Mexico’s future also looks promising thanks to the rapid expansion of online shopping as a result of the pandemic.

GSGS mainstay of growth
It appears that Atomy’s online adaptability contributed greatly to the growth of overseas branches. Since its inception, all aspects of the business, including member registration and especially product ordering, have been carried out online, which managed to reduce the impact of physical distancing. Additionally, shipping was ramped up through cooperation with a local third-party company specializing in logistics. Quickly bringing the success system online, including the Success Academy, and reducing business downtime for members, made a major contribution. Another aspect that cannot be ignored is the expansion of GSGS, Atomy’s global distribution strategy. GSGS, which distributes globally-produced masstige products throughout Atomy’s worldwide distribution network, is expected to reach KRW 47 billion in the first half of this year and exceed KRW 100 billion annually. The annual average growth rate has been increasing rapidly, by 58% in the past 3 years. GSGS helps localize overseas branches. Finding and selling masstige products that are familiar to locals in overseas countries makes one feel close to Atomy, even more so by exporting them. It is positioning itself as a company that develops the industry in each respective country through the import and sale of simple foreign products. In fact, Atomy Taiwan is aiming for USD 10 million in exports this year (about KRW 11.7 billion), while Atomy Japan is projected to exceed USD 2 million. Atomy USA is planning to export health foods to overseas branches in the second half of this year, while Atomy China is also launching Apple chips, further driving GSGS.

Global expansion – New branches in New Zealand, Turkey, UK, Kazakhstan, and Kyrgyzstan among others
New branches were opened this year in New Zealand, Turkey, the UK, and 3 other countries. In the second half of the year, a total of 5 branches, including Atomy Kyrgyzstan and Atomy Kazakhstan, plan to officially begin business operations. Atomy Turkey exceeded expectations with over 180,000 member registrations within the first month of opening. Despite the COVID-19 lockdown and large wildfires, it is truly passing the trial by fire with flying colors. Atomy UK was fortunate enough to win an award for Absolute Skincare at a cosmetics awards ceremony, even before officially starting business operations. Building on such momentum, it is showing great promise in the second half of the year, having exceeded KRW 100 million sales within only a few hours of officially beginning business operations. Atomy Kazakhstan and Atomy Kyrgyzstan, slated to open in September and October respectively, are projected to perform well, with a similar trajectory to Atomy Russia’s growth. Atomy’s global expansion will continue in 2022. In addition to the biggest South American direct sales market of Brazil, Uzbekistan and Mongolia in Central Asia and the European countries of Spain and Germany will soon welcome consumers. Within the next five years, Atomy is expected to begin operating in every continent in the world, including Africa. It won’t be long before the world population of 8 billion is introduced to Atomy.

New Zealand
More than half of all members are in their 30s and 40s
Atomy New Zealand, which opened in March of this year, has been holding regular webinars, with a focus on establishing a solid foundation for growth. An encouraging development is that more than half of its members are in their 30s and 40s. This is because members of this demographic conduct business in a relatively dynamic fashion compared to other age groups. Currently, there are 5 centers in operation. Almost all information and seminars are delivered and held online. A source at Atomy New Zealand said, “We will endeavor to establish a quick and easy logistics system, as well as a simple and convenient ordering system. Through a smooth and stable shopping mall, among other things, we will strive to make members feel confident and be able to focus completely on business.”

Malaysia
First Crown Master
Celebrating its 5th anniversary, Atomy Malaysia is showing remarkable growth with its first ever Crown Master, among other success stories. Following its selection at the end of last year as the best small or medium-sized enterprise in Malaysia by SME 100 Awards, Atomy Malaysia obtained ISO9001 quality management system certification in the first half of this year, enjoying recognition for its sustainability and increased customer satisfaction. General Manager Sae-won Kim said, "We will not rest on our laurels with what we have achieved so far and we will do our best to grow together with our members."

Russia
Developing former Soviet economic bloc
Atomy Russia’s growth trend is quite surprising. In the first half of this year, Russia saw threefold growth compared to the same period last year and continues to grow along with the economies of the former Soviet Bloc countries. If this trend continues, Atomy Russia is predicted to be the fifth overseas branch to record sales of over KRW 100 billion in 2022. This is because Atomy USA and Atomy Malaysia will undoubtedly exceed KRW 100 billion in sales, following in the footsteps of Atomy Taiwan and Atomy China this year. Atomy Russia General Manager Jae-hyung Shin explained, "The economies of the former Soviet bloc will become the blue ocean of the global economy. Atomy will grow as a leading company in the market.”

USA
Start of the journey toward the next 10 years
The growth trend of Atomy USA is also astonishing. It grew by 48% compared to last year, and sales in the first half of the year far exceeded KRW 50 billion. Even though the US direct sales market is generally bullish, Atomy USA appears to have reached a tipping point. In order to encourage its continued growth, active GSGS strategies are being formulated. It is expected to export “Made in the USA” health foods in the second half of this year. Atomy USA General Manager Hyung-woo Yu said, “Atomy is gaining awareness in the US.”"The journey toward the next 10 years has begun,” he added.

Thailand
Business base stabilizing
Atomy Thailand continues to show strong growth. Its performance in the first half of this year increased by about 10% compared to the previous year, and the number of members increased slightly to 310,000. Despite the challenges posed by COVID-19, Thai members adjusted to online systems and online marketing, performing very well. In particular, there was an increase in new and existing Masters compared to 2020, demonstrating that the business base is stabilizing. An official from Atomy Thailand said, "We are focusing on delivering useful content to members and information on items of interest through social media."“We are helping our members grow their business through various activities, such as the Young Generation Project,”the official added.

UK
Regarding itself as the European headquarters
Having opened last July, Atomy UK is acting as the headquarters for the entire region of Europe. Within less than a month of opening, it recorded GBP 200,000 (approximately KRW 32 million) in sales and approximately 52,000 member registrations across Europe, showing signs of continued smooth sailing. The online launch show in particular was a sensation, drawing about 25,000 viewers. Atomy UK General Manager Ruby said, "We are exploring the addition of warehouses in Germany or its surrounding areas for enhanced logistics efficiency.""We will do our utmost to expand our business throughout Europe," she added.

Colombia
Developing growth potential
Atomy Colombia, which opened last year, has surpassed expectations by generating sales of more than KRW 2 billion in the first half of this year, in spite of national challenges. The number of members has also exceeded 300,000, a sign of developing growth potential. Considering the challenges in logistics due to COVID-19 and violent protests, among other things, expectations for the future are even greater. An Atomy Colombia official said that, “Despite COVID-19, business operators are growing by using Zoom for virtual events, video calls, face-to-face training, etc.”"We are striving to support the growth of our members through workshops to grow together in a spirit of joint and concerted effort,"the official added.

Hong Kong
Service expansion, including easing of free shipping conditions
Atomy Hong Kong, which opened last year, recorded the second highest sales behind Atomy China. There are 8 education centers currently in operation, while seminars and the Success Academy are being held online. Atomy Hong Kong is creating a studio on the upper floor of its office to improve the quality of its webinars. As one Atomy Hong Kong official explained, “We will proceed with improved online one-day seminars and the Success Academy, in keeping with the online marketing era.” “We are working to provide members with better service by easing the conditions for free shipping and adding various payment methods,”the official added.